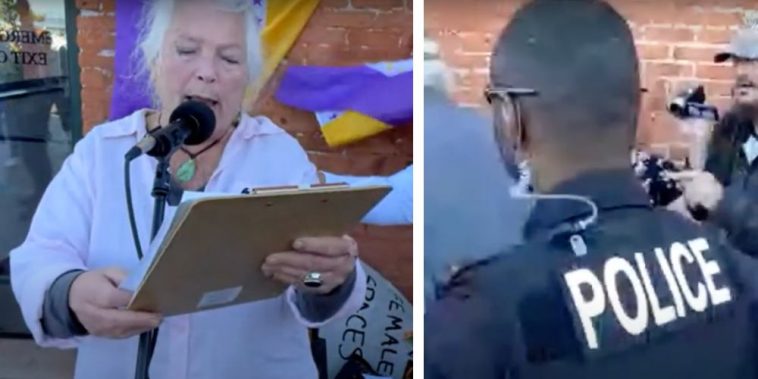 On Monday evening, members of the public gathered outside the Port Townsend, Washington City Hall to voice their concerns in regards to the city’s response in the case of an 80-year-old grandmother who was banned from the local YMCA pool for expressing her discomfort with having a transgender woman in the changing room as she and children were using the facilities, and were met with trans rights activist protestors who tried to disrupt the event before being ushered away by officers.

The proclamation reads in part: “the City of Port Townsend values our transgender residents and visitors and urges all residents and visitors to be respectful, welcoming, and kind to everyone regardless of gender identity. I further proclaim that discrimination and prejudice, in any form, especially against transgender people, are unwelcome and have no place in the City of Port Townsend.”

The press conference featured a number of speakers, including 80-year-old Julie Jaman herself, the woman at the center of the incident. She was interrupted when trans activists attempted to drown out the group of concerned citizens, shouting “trans rights are human rights” and “trans women are women,” and at one point were seen pushing their way behind where the speakers were, carrying the pride flag as well as signs. 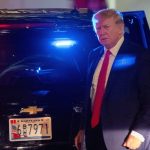 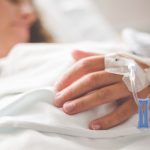