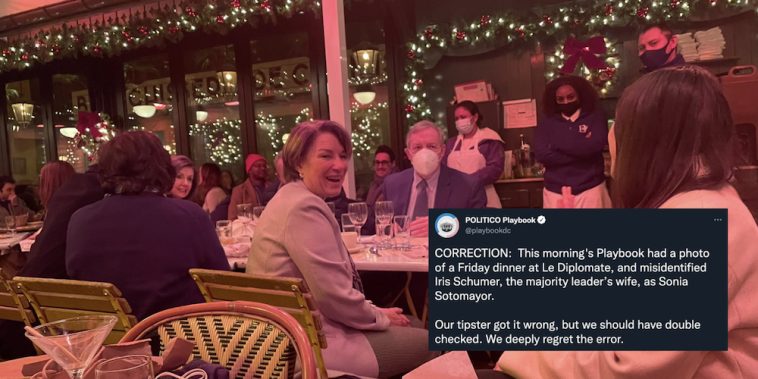 Politico was forced to issue a correction to its “Playbook” newsletter after the outlet was called out for mistakenly identifying Senate Majority Leader Chuck Schumer’s wife as Supreme Court Justice Sonia Sotomayor.

SCOTUS heard arguments Friday on President Joe Biden’s OSHA-enforced vaccine mandate. Physically absent from the courtroom was Sotomayor. As Fox News reports, she opted to participate remotely as a precaution against COVID-19.

The now-corrected line first reported that Sotomayor dined alongside top Democratic lawmakers at a fancy DC restaurant hours after the remote maneuver.

A group of Democrats were spotted dining at Le Diplomate, a fancy French restaurant in Washington. Among the group were House Speake Nancy Pelosi, Sen. Amy Klobuchar, Sen. Dick Durbin, Schumer, and the New York senator’s wife Iris Weinshall who was mistaken for the Supreme Court justice. 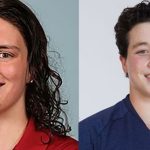 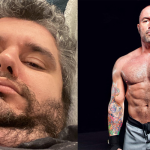