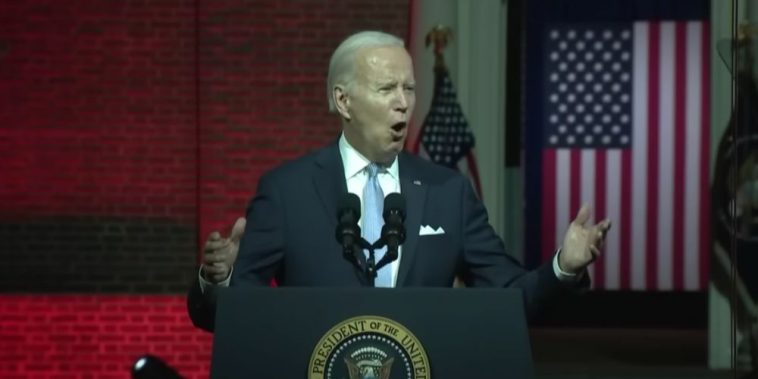 A new poll has revealed that a majority of Americans say that Biden’s prime time speech, delivered last week in Philadelphia before a blood red backdrop, was “a threat to this country,” a “dangerous escalation,” and was “designed to incite conflict.”

The poll, conducted by the Trafalgar Group for the Convention of States Action, found that 56.8 percent of likely general election voters said that Biden’s speech in which he designated MAGA Republicans extremists “represents a dangerous escalation in rhetoric and is designed to incite conflict amongst Americans.”

35.5 percent of Americans said that the speech “is acceptable campaign messaging that is expected in an election year.”

Split by political party, Democrats were more likely to see the speech as “acceptable,” while Republicans and independents said that the speech was a “dangerous escalation.”

70.8 percent of Democrats said that the speech was “acceptable campaign messaging,” while 18.7 percent said that it was “designed to incite conflict.” 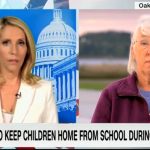 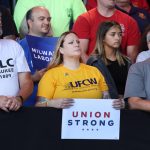