In one year, Biden has caused a border crisis, an energy crisis, an inflation crisis, a labor crisis, a supply chain crisis, and a violent crime crisis—all while pushing the most radical left-wing agenda in history.

THE MOST ANTI-WORKER, ANTI-FAMILY, ANTI-AMERICA PRESIDENT EVER: Joe Biden inherited the most secure border in history, the fastest economic recovery on record, historically low gas prices, hard-won American Energy Independence, a domestic manufacturing renaissance, and a nation poised to flourish like never before—all thanks to the America-First agenda of President Trump. It took less than 12 months for Biden and the extremists in his party to turn it all into crisis, chaos, misery, and woe. It’s no wonder Biden is ending his first year with his approval ratings tanking to an all-time record low.

Even the media cannot cover up his dismal record of unrelenting failure:

It’s all happening exactly as President Trump predicted. Joe Biden is a DISASTER.

But Biden did not listen, charging ahead with his socialist programs and saying in July of this year, “Some folks have raised worries that this could be a sign of persistent inflation. But that’s not our view. Our experts believe and the data shows that most of the price increases we’ve seen are—were expected and expected to be temporary.”

BIDEN SINGLEHANDEDLY CREATED THE WORST BORDER CATASTROPHE IN THE HISTORY OF THE WORLD—AN ECONOMIC, NATIONAL SECURITY, AND HUMANITARIAN NIGHTMARE OF UNPRECEDENTED PROPORTIONS

THE BIDEN CRIME WAVE: BIDEN AND THE RADICAL LEFTISTS IN HIS PARTY HAVE UNLEASHED A TIDAL WAVE OF BLOODSHED AND CHAOS ACROSS THE COUNTRY

THE MOST RADICAL-LEFT ADMINISTRATION IN AMERICAN HISTORY – WAGING WAR ON PARENTS, WAR ON FAMILY, WAR ON FAITH, WAR ON AMERICAN VALUES, AND WAR ON THE AMERICAN WAY OF LIFE

NO PRESIDENT IN AMERICAN HISTORY HAS EVER CAUSED SO MUCH DAMAGE IN SO SHORT A TIME. THE BIDEN ADMINISTRATION IS A NATIONAL DISGRACE. 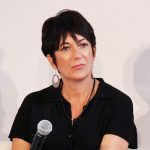 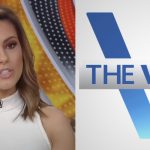