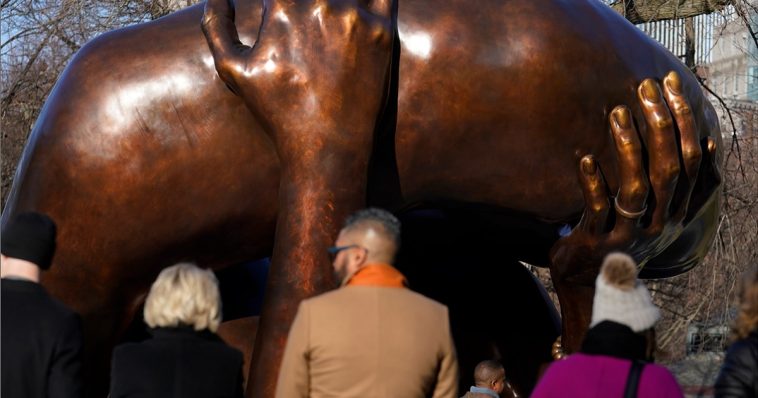 The work, titled “The Embrace,” was created by Washington state conceptual artist Hank Willis Thomas. It is his interpretation of a photo of the two taken on the day King learned he’d won the Nobel Peace Prize in 1964.

The $10 million sculpture stands 20 feet tall and is 40 feet wide, according to WCVB-TV.

The city of Boston is significant because that is where King met his future wife. King was studying for his doctorate at Boston University and Coretta Scott was attending the New England Conservatory, WCVB reported: “One of the Kings’ first dates was on the Common, and the Parkman Bandstand was the final location of the 1965 Freedom Rally.”

Images of the piece taken from different angles and the photograph it is based on can be viewed in the tweets below. 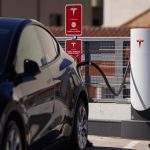 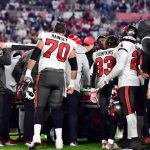