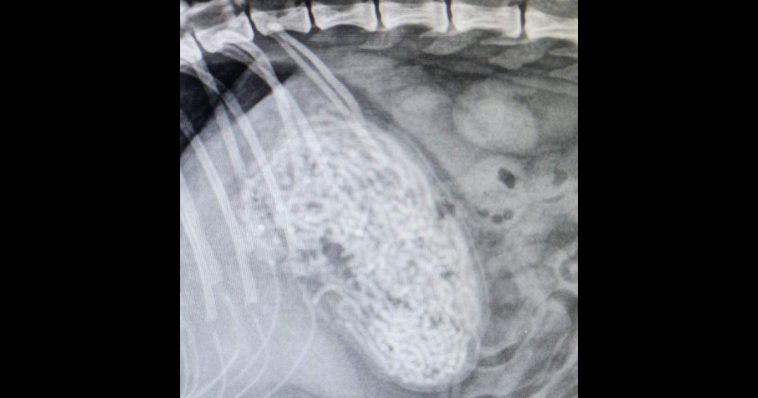 Certain household items have a reputation for disappearing into thin air. Socks lose its mates, bobby pins seem to sneak off and hide in the most unlikely places, and hair ties vanish without a trace.

But sometimes when hair ties disappear, they create surprisingly dangerous threats — especially if a cat also lives in the house.

A trio of cats was brought to the Charleston Animal Society in South Carolina after their owners reportedly left them outside and moved, abandoning them and leaving them to the elements until a good Samaritan noticed them.

For weeks one of the cats, a white cat named Juliet, seemed fine — but she was harboring a terrible secret.

After being at the shelter for some time, Juliet suddenly went off food and water and was clearly quite ill. X-rays showed that the cat had a rather large blockage in her stomach, and the staff was shocked at what they found when they opened her up.

“I’ve never seen anything like it,” Dr. Leigh Jamison, the Associate Director of Veterinary Care, said, according to a post by the Charleston Animal Society.

“What Dr. Jamison and the lifesaving team found was simply unbelievable — a seemingly endless bundle of strings that continued to come out as Dr. Jamison surgically removed them,” the post continued. 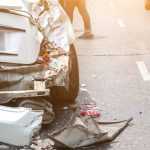 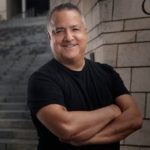