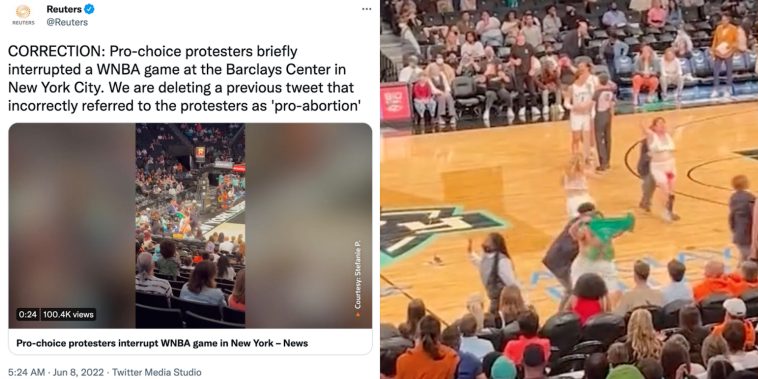 On Wednesday, Reuters retracted an earlier tweet that stated the protestors who disrupted a WNBA game in New York were “pro-abortion,” reposting to say that they were actually “pro-choice” protestors

On Tuesday night, topless protestors splashed with green paint ran onto the court at Brooklyn’s Barclays Center during a WNBA game between New York Liberty and Minnesota Lynx.

Reuters originally reported that the protestors were “pro-abortion,” but later issued a retraction, saying instead that they were simply “pro-choice.”

“CORRECTION: Pro-choice protesters briefly interrupted a WNBA game at the Barclays Center in New York City,” Reuters wrote on Twitter Wednesday morning. “We are deleting a previous tweet that incorrectly referred to the protesters as ‘pro-abortion’.” 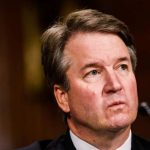 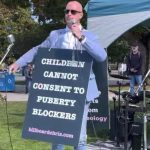