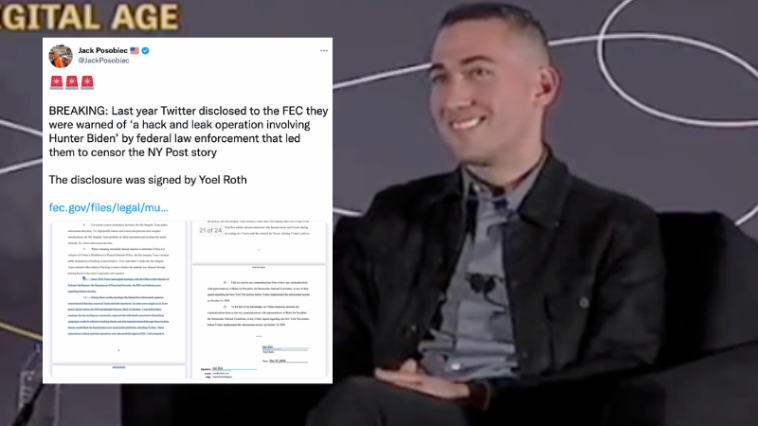 New information has emerged in the case of Twitter’s censorship and suppression of the New York Post’s reporting on Hunter Biden’s laptop in the lead up to the 2020 US presidential election.

In a disclosure to the FEC, it was revealed that Twitter had weekly meetings with federal law enforcement, and that it was during one of these meetings that Twitter was told to watch out for a Russian disinformation drop.

In 2021, The Washington Free Beacon reported that Roth said that the company’s decision to block the reporting was based on rumors from US intelligence officials. He said at the time that the censorship was justified because of that information they received.

A complaint was filed with the FEC over illegal campaign contributions made by Twitter to the Biden campaign in the form of the censorship of this reporting that polls later revealed had an impact on voters’ choices for the election. Court documents revealed that the complaint was dismissed.

On Friday, a massive batch of Twitter Files pertaining to the suppression were released. It was revealed by Matt Taibbi that “The decision was made at the highest levels of the company, but without the knowledge of CEO Jack Dorsey, with former head of legal, policy and trust Vijaya Gadde playing a key role.” 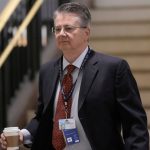 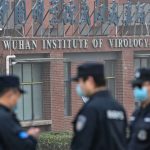