Experts are warning that the recently approved Respect for Marriage Act could end up being used to target and suppress people of Christian and other traditional faiths.

The Respect for Marriage Act was passed by the Senate in a 61–36 vote on Nov. 29, and by the House of Representatives in a 258–169 vote on Dec. 8. The bill, signed into law by President Joe Biden on Dec. 19, repeals the 1996 Defense of Marriage Act signed by President Bill Clinton that had defined marriage as being between a man and a woman, thereby recognizing marriage between members of the same sex.

In an interview with NTD’s Capitol Report, Matt Sharp, senior counsel for Alliance Defending Freedom (ADF), raised concerns that the Respect for Marriage Act is so broad that it could easily be weaponized against a large segment of the population.

The bill gives “broad new power to the federal government to be able to go after religious organizations and people of faith that hold to the view that marriage is between one man and one woman,” he said.

For instance, faith-based adoption providers that try to place children in a home with a married mother and father could be punished by the government under the law, Sharp noted.

Sharp also talked about a case that the ADF is defending in Colorado. The lawsuit is related to artist Lorie Smith, who runs a design studio called 303 Creative that specializes in graphic and web design.

Lorie’s services include developing websites that celebrate traditional marriage. However, the state of Colorado is now compelling her to create designs that violate her faith with regard to marriage. A win for Smith would provide “an important protection down the road when the Respect for Marriage Act gets misused to target people of faith,” Sharp said.

“We were very encouraged to see, time and time again, the [Supreme Court] recognize that the First Amendment does indeed limit Colorado and other government actors,” Sharp said.

“And so, we’re hopeful to see a strong victory that would protect Lorie, other artists in Colorado, and really people all across the country that worry about government coercion of their speech.”

In another interview with NTD’s “Capitol Report,” Troy Miller, CEO of National Religious Broadcasters, said there’s “a lot of misunderstanding about the bill and what the bill actually does,” and that the name of the bill is “erroneous” since it is really about “pushing beliefs on other people [who] don’t hold those kinds of beliefs.”

He said it goes on to do some “sinister sort of things in the fact that it opens up the avenue for litigation or for civil suits if you don’t agree or affirm same-sex marriages,” he said. “So that’s our concern, that the concern of a lot of the religious community.”

The constitutional right to freedom of speech and freedom of religion have always been protected in the United States. But over time, there has been a “constant chipping away at it, this constant attack” by those in power, Miller stated.

“I think that’s because, you know, the Christian worldview is kind of the last firewall that stands against this kind of leftist, woke kind of Marxist agenda that’s moving its way through the institutions of America and through the halls of Congress,” he said. 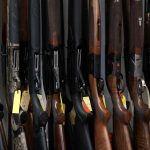 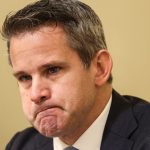