Two academics at the University of Essex in England are receiving criticism for producing “largely wrong” guidance about free speech on campus and the right to silence gender critical thinkers.

The guidance aimed to “explain to students, lecturers, and other university staff” how the law works with regard to freedom of expression in the gender debate, and inaccurately claimed that universities have the right to cancel events with gender critical speakers because such views could “contaminate student life for hundreds if not thousands of people,” The Telegraph reports.

The guidance was the work of two senior lecturers at the university, Daragh Murray and Emily Jones, as well as David Renton, a barrister with Garden Court Chambers, which were the legal chambers that were sued for discrimination by gender critical barrister Allison Bailey. Bailey won her claim, with the tribunal ruling that Garden Court had discriminated against her when it investigated her over tweets that expressed the opinion that humans cannot change sex.

The Telegraph reports the guidance containing a bizarre hypothetical scenario in which staff are told if “a module or degree course in trans issues was housed in a particular department, and the university then insisted on using the same premises to host a ‘gender critical’ event,” that “distress would be felt” and that the area of the university would be “contaminated,” meaning that it would not be enough for students to simply decide not to attend the talk.

The report went on to suggest that even advertising a gender critical event would be harmful because posters would be visible to trans students and their allies, and as such, the “hosting of an unwanted event would contaminate student life for hundreds if not thousands of people.”

“This paper ought to come with a prominent disclaimer, ideally along the lines of ‘Ignore this paper – it’s largely wrong,'” Dr Bryn Harris of the Free Speech Union told The Telegraph. “It focuses on harassment but refuses to engage with the relevant statutory test – when is it reasonable in an academic context to perceive conduct as harassment? Very rarely is the likely answer. It is comically ungenerous in its depiction of gender-critical beliefs.” 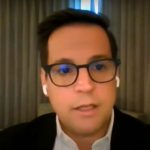 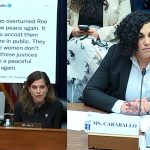