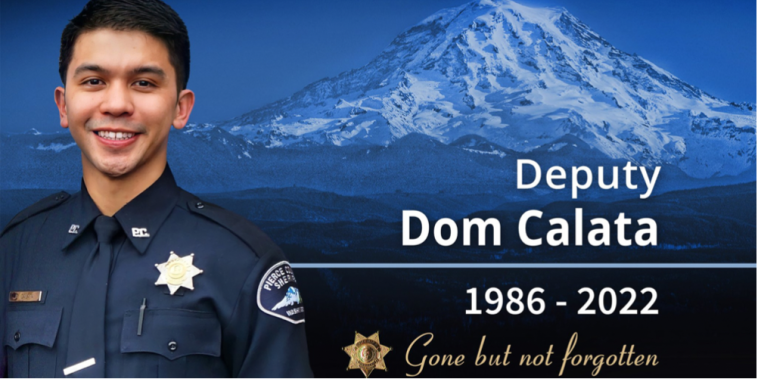 A Pierce County Sheriff SWAT team officer was shot and killed in the line-of-duty on Tuesday while running a high-risk search warrant on a “three-strikes” felony assault suspect in Spanaway, Washington.

Dominique Calata, a 35-year-old military veteran, National Guard member, and SWAT team officer was shot and killed by the 40-year-old suspect, who authorities say exited his vehicle and began shooting at deputies during the planned operation.

The suspect was fatally shot by law enforcement officers on scene. Pierce County Prosecutor’s Office identified the suspect as 40-year-old Jeremy Dayton. According to Tacoma police spokesperson Wendy Haddow, the suspect had multiple felony convictions and was known to be dangerous.