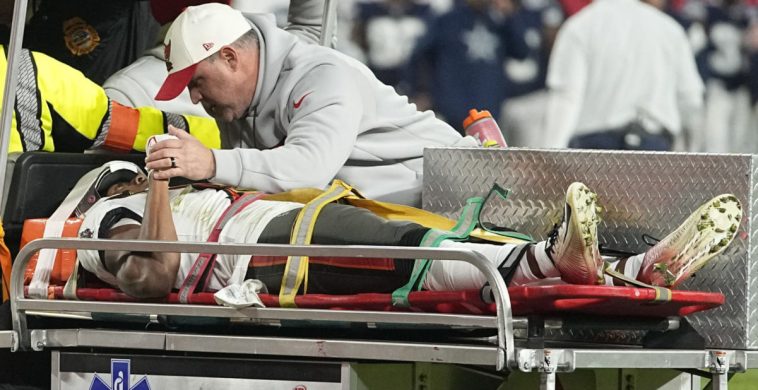 Just two weeks after Buffalo Bills safety Damar Hamlin collapsed and needed to be resuscitated on the field, another sobering moment occurred in front of a prime-time audience on Monday night when Tampa Bay Buccaneers wide receiver Russell Gage was taken off by stretcher late in the fourth quarter of a wild-card playoff game against Dallas.

The team released a statement Tuesday morning saying Gage had movement in his extremities after suffering a neck injury and concussion.

He will continue to undergo more tests in the hospital after spending the night there.

“Definitely hope he’s doing well. He was moving so that’s a good sign,” teammate Lavonte David said after the game.

Gage was injured when he stumbled on a route, went to the ground, couldn’t make the catch and took a hard shot to the neck from Donovan Wilson.

He appeared to try to get up but couldn’t and slammed his hand into the ground in frustration. 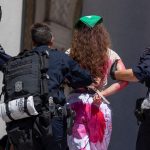