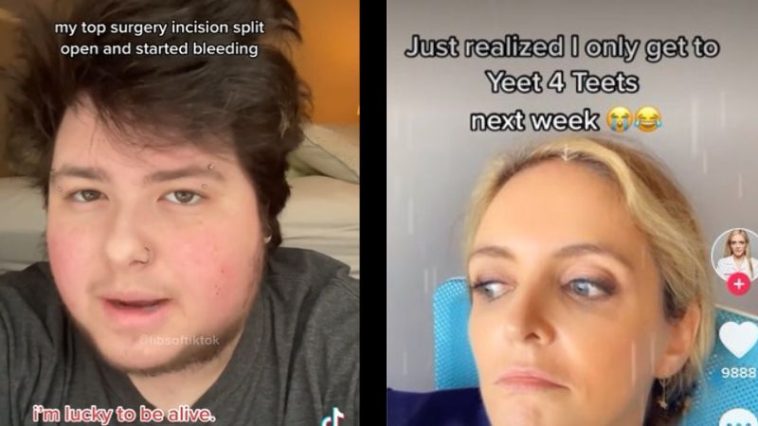 A trans-identified female has told the harrowing story of life-threatening complications that led to having over half a foot of dead rotting tissue removed following a bilateral mastectomy performed by Dr. Sidhbh Gallagher, the celebrity surgeon who advertises her “gender-affirming” services on social media to impressionable adolescents and who has apparently opted out of malpractice insurance as a crafty way to ensure no one can sue her.

Rylan, a trans-identified female from Ohio, told the graphic tale of how Gallagher ignored the excruciating pain and alarming signs of infection on Tiktok and in more detail in an article published on Medium which also contains extremely graphic photographs of the incision splitting open and the tissue beginning to rot. Rylan says these photographs were sent to Gallagher who dismissed them, saying it was a normal part of the healing process.

The young trans-identified female had chosen to fly to Florida to have the surgery because Gallagher is one of the only surgeons who does not have a BMI cap and also because she offers a “drainless” procedure.

Mastectomies usually involve the insertion of drains to remove the blood, pus, and excess fluids that can build up in the week following the invasive procedure, and due to the seriousness of the surgery, most surgeons will require trans-identified females to be of a healthy weight to reduce the risk of complications. Neither of these precautions appear to be important to the Yeet the Teets celebrity gender-affirming surgeon.

For Rylan, the nightmare started on day 4 post-op, when a hematoma appeared and the wound started leaking blood, which Gallagher dismissed as “just bruising.” It was suggested that the patient’s weight was to blame, and true to form, the medical team even had a cutesy name for it: a “blowhole,” and they joked that it was Rylan’s “period.”

After flying home in agony and bleeding through clothes on the plane, Rylan spent days bed-ridden before ending up in the ER after a blood clot the size of a golf ball fell out of the wound. 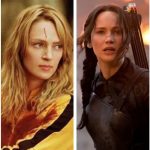 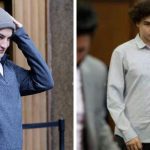