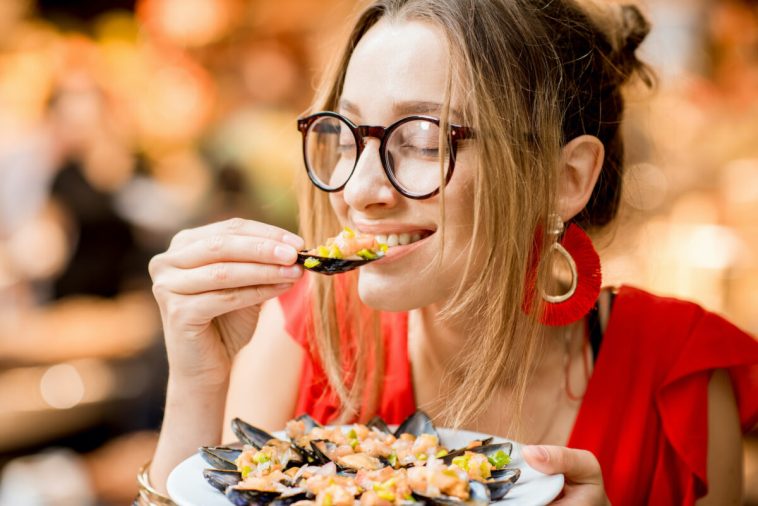 While there are hundreds of articles, dietary strategies, government agencies, and nonprofits meant to offer information on how to fight disease and optimize your health, you would be hard-pressed to find any that concentrated on diet and brain health or mental disorders before 2007.

Given how much we’ve learned about the impact of diet on mental health, that lack of insight is surprising.

In September 2018, researchers conducted a systematic review to look at the available research on nutrient-dense foods to find the best foods to eat to help fight depression.

Dr. Laura R. LaChance and a team from the University of Toronto and Drew Ramsey from the department of psychiatry at Columbia University’s College of Physicians and Surgeons tackled the initiative.

Specifically, the study sought to derive a list of antidepressant nutrients.

The list of antidepressant foods based on the AFS is headed by watercress, the plant food with the highest score at 127 percent. The highest animal-based food is oysters, with a score of 56 percent. The researchers also averaged the scores for categories of food to create a statistical mean for each food type.

The researchers were motivated by the prevalence of depressive disorders, as well as the expense and often inadequate management of such conditions. Their study stressed that each of the top foods can be integrated into any type of eating plan.

Not all of the foods in the study are necessarily familiar to everyone throughout the world. People in the United States, for example, don’t often eat bivalve foods (foods from sea creatures such as clams that have dividing shells).

Even when such foods are readily available, however, some people rarely eat them—even if they know they should. In fact, most of the adult population in the United States fails to meet the daily recommendations for vegetable intake. The Healthy People 2010 initiative, designed to increase vegetable consumption and other healthy habits, revealed that only 27.2 percent of Americans ate three or more servings of vegetables per day.

The Prevalence of Mental Illnesses and a ‘Recipe’ for Hope

LaChance and Ramsey’s study noted that among people aged 15 years through 44 years, mental conditions, including depression, are the leading cause of disability worldwide. Creating new treatment options, including antidepressant foods, should be imperative for dealing with the growing number of people struggling with such issues, they said.

They recommended avoiding processed foods, such as those high in sugar and refined carbohydrates, and following a traditional diet, such as the Mediterranean diet.

The basis for their research was centered, in part, around a meta-analysis involving scientists from Australia, Spain, Finland, the UK, and France. Its aim was to address such disorders through dietary recommendations. That was also the aim of a randomized controlled trial from 2017, dubbed “SMILES” (Supporting the Modification of Lifestyle in Lowered Emotional States).

SMILES involved the collaborative efforts of multiple experts from centers based in neuroscience, psychiatry, dietary, medical, and other research centers throughout Australia. It concluded with the premise that “dietary improvement may provide an efficacious and accessible treatment strategy for the management of this highly prevalent mental disorder.”

It also noted that addressing the association between what a person eats and what they don’t would very likely impact the number of related deaths.

LaChance and Ramsey support the idea that nutritional psychiatry should be a routine part of clinical treatment for mental health clinical practice, a conclusion advocated in an earlier review published in Lancet Psychiatry in 2015.

“Evidence for nutrition as a crucial factor in the high prevalence and incidence of mental disorders suggests that diet is as important to psychiatry as it is to cardiology, endocrinology, and gastroenterology,” researchers reported in the study “Nutritional medicine as mainstream in psychiatry.”

“Evidence is steadily growing for the relation between dietary quality (and potential nutritional deficiencies) and mental health, and for the select use of nutrient-based supplements to address deficiencies, or as monotherapies or augmentation therapies.”

One important observation LaChance and Ramsey made in the course of their study was that deficiencies in long-chained omega-3 fatty acids, B vitamins, zinc, magnesium, and vitamin D are unquestionably implicated in the “pathophysiology” of depression.

More specifically, the impact foods have on inflammation and the influence of dietary fiber on your gut flora are two important factors when looking at the best foods to eat for mental health.

The highest-scoring plant-based foods for depression are:

Vegetables are highly nutritious, often with an amazing array of phytonutrients that can’t be obtained from anything else, but there are downsides created by modern food production.

Case in point: Although it’s been labeled a probable carcinogen, glyphosate, one of the most common and problematic herbicides, continues to be used on crops, poisoning many of your foods. Birth defects, infertility, neurological disorders, endocrine disruption, and cancer are all listed as potential risks of exposure, according to multiple studies.

Many crops are even genetically engineered so that they can withstand more glyphosate. These “RoundUp Ready” varieties have become popular because an estimated 60 million acres of farmland are now overrun with glyphosate-resistant superweeds, according to the Union of Concerned Scientists.

In regard to eating foods to offset depression, the focus has shifted from studying individual nutrients to evaluating overall dietary patterns. Traditional and whole foods can definitively be linked to a reduction in symptoms.

One study notes that people eating the common Western diet, which is rife with unhealthy fats and sugars, may have a higher risk of depression, attention-deficit disorder, and other problems.

An analysis known as the SUN cohort study (Seguimiento University of Navarra) followed more than 10,000 university students over a four-year period and found that those who stuck closest to the Mediterranean diet had a more than 30 percent lower risk of developing depression in contrast to those with the lowest adherence to the Mediterranean diet.

The 2018 study by LaChance and Ramsey found several foods linked to lowering depression. The highest-scoring animal-based foods were:

Fish is sometimes considered to be the ultimate superfood, but be careful when purchasing it to make sure it’s not on the list of fish that are most likely to be tainted with heavy metals such as lead, mercury, arsenic, cadmium, PCBs (polychlorinated biphenyl), or radioactive poisons.

Tuna, with a score of 15 to 21 percent on the AFS, is one of the most-consumed seafood, but it can be at risk of mercury toxicity. Wild-caught Alaskan salmon is one of the best foods you can eat, but be sure when purchasing it that it’s not farmed fish, as it has likely been fed a diet of genetically engineered soy and corn.

There are also issues with concentrated animal feeding operations (CAFOs), which increase the risk of animal disease and contaminants from drugs and animal byproducts.

Herring is one of the top five healthiest fish and a local, sustainable food source. Smaller fish, such as sardines, anchovies, and herring, generally have fewer contaminants and are high in omega-3 fats. 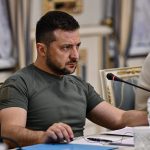 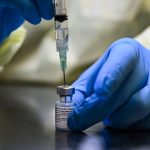