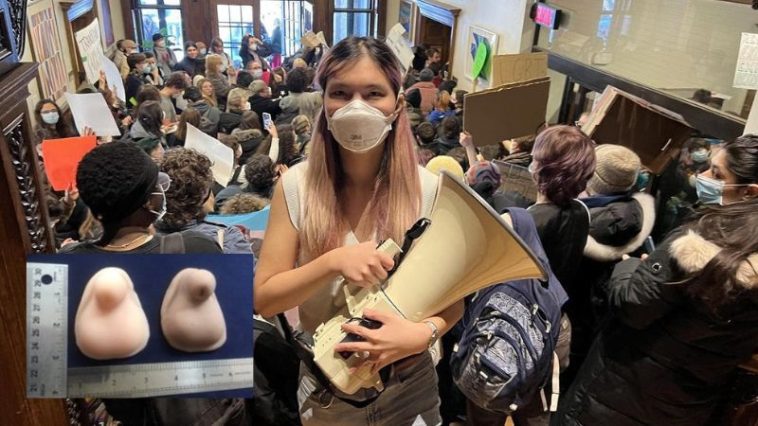 The Canadian trans activist who led the protest to shut down a university lecture critical of gender identity ideology last week is director of an organization that provides trans-identified children and adolescents with prosthetic penises, a report by Reduxx has revealed.

Celeste Trianon, a trans-identified biological male law student at the University of Montreal, succeeded in assembling a mob and preventing Robert Wintemute, a professor of human rights law at King’s College London, from delivering his talk titled The Sex vs. Gender (Identity) Debate In the United Kingdom and the Divorce of the LGB from T.

The talk had been scheduled to take place at McGill University in Montreal on January 10 and was organized by the university’s Center for Human Rights and Legal Pluralism (CHRLP). According to the event page, Wintemute was to talk about “whether or not the law should be changed to make it easier for a transgender individual to change their legal sex from their birth sex, and about exceptional situations, such as women-only spaces and sports, in which the individual’s birth sex should take priority over their gender identity, regardless of their legal sex.”

This provoked the ire of local trans activists who believe that any criticism of gender identity ideology is transphobic bigotry that must be shut down immediately. Trianon, who self-describes as a transfeminine sapphic jurist and activist, took to Facebook and with the help of a student association, organized the protest, claiming that McGill’s decision to host a “TERF” lawyer would “contribute directly to the systemic elimination of trans voices and trans lives worldwide.”

In an open letter published in the days before the protest, Trianon even went so far as to suggest that by hosting the distinguished professor of human rights law, McGill was “actively contributing to the genocide of trans people across the world.”

On the day of the talk, over 200 students crowded into the halls outside the lecture theater, screaming at those attempting to attend and violently shoving and blocking women who tried to enter the theater. Other protesters stormed the venue and reportedly threw flour at Wintemute, and allegedly attempted to disable the projector he had set up for his presentation. McGill was forced to cancel the event. 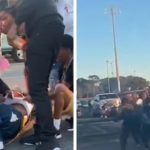 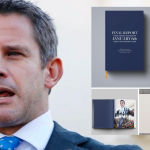