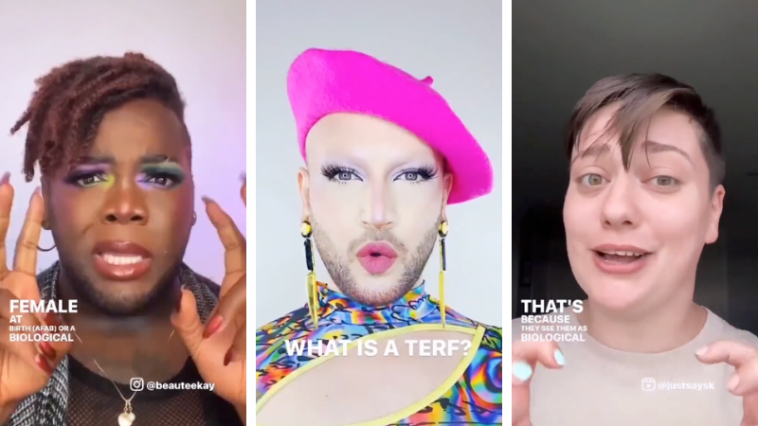 Video footage of two bearded males explaining to women what feminism is while simultaneously questioning the existence of “biological women” has surfaced on social media.

In the video, the bearded males adorned with jewelry and sparkly makeup attempt to explain to their audience what the derogatory slur TERF (Trans-Exclusionary Radical Feminist) means, and the beliefs that this group of feminists hold.

First up is artist TeeKee, a they/them/theirs enby (non-binary), who states that “TERFs, or trans exclusionary radical feminists, believe that in order to be a woman you need to have been assigned female at birth” or be a “biological woman.” This male who, like every single other human being on the planet, was brought into the world by a woman put air quotes around the term biological woman.

A less offensive term for the group of women being described is gender critical feminists. Those who hold gender critical beliefs believe that in order for a person to be a woman, she must be born female and survive into adulthood. Gender critical people, however, do not believe that anyone is “assigned” a sex at birth, but rather than sex is observed either before or at birth. 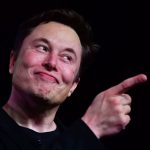 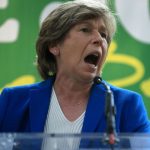