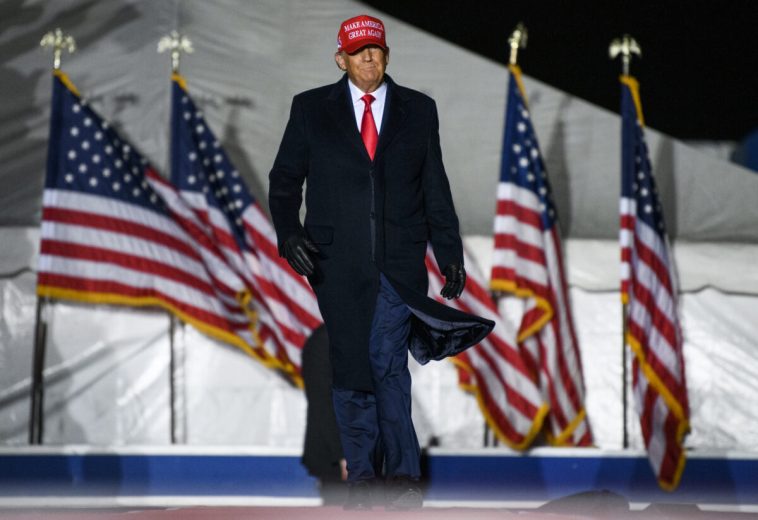 Former President Donald Trump on Nov. 3 gave arguably the clearest signal that he plans to run for president in 2024, telling supporters in an Iowa rally that they should “get ready.”

“And now, in order to make to make our country successful, and safe, and glorious, I will very, very, very, probably do it again, okay?” Trump said. “Very, very, very probably.”

The Iowa rally was the first of Trump’s four campaign rallies ahead of the election. He is scheduled to travel to Latrobe, Pennsylvania on Nov. 4, followed by Miami, Florida on Nov. 6, and Vandalia, Ohio on election eve.

Trump has been hinting for months about a 2024 White House run, though he hasn’t made any official announcement. During a rally in Texas late last month, Trump said he “will probably have to do it again” next year.

Earlier on Thursday, Trump’s former senior counselor, Kellyanne Conway, said she expected Trump to “announce soon” that he is seeking another term as president, during an event by the Christian Science Monitor.

Jason Miller, the founder of the social media app Gettr and former Trump adviser, told “Just the News, No Noise” TV show on Oct. 31 that he expects Trump to announce his 2024 bid after the midterm elections.

Trump is undoubtedly the most popular Republican presidential candidate, according to a poll (pdf) released earlier this week by Politico/Morning Consult. The survey found Trump with 49 percent support, with Florida Gov. Ron DeSantis a distant second with 24 percent.

In Iowa, Trump would do well in a hypothetical 2024 matchup against President Joe Biden. According to a poll by Emerson College released in October, 47 percent of Iowa voters said they would support Trump, with 39 percent saying they would support Biden.

At the rally, Trump criticized Biden as the worst president in American history.

“You could take the five worst presidents in American history and put them together, and they would not have done the damage Joe Biden has done to our nation in less than two short years,” Trump said.

Trump singled out a number of problems facing the United States under the Biden administration, including inflation, the fentanyl crisis, and the open border.

“Two years ago, we had the strongest southern border in American history. Now it’s the worst border, I believe, in the world,” Trump said, pointing to the record number of illegal immigrant encounters at the U.S.–Mexico border in September.

Customs and Border Protection (CBP) made 227,547 arrests at the southern border last month, the highest number for a September, bringing the total number of apprehensions for fiscal year 2022 to more than 2.3 million. That was an increase from more than 1.7 million in fiscal year 2021.

Recently, Ohio law enforcement officials seized 660 grams of meth, 139 grams of crack cocaine, and 570 grams of fentanyl, which is enough to kill 190,000 people.

Trump called on supporters to throw Democrats out of office and vote Republicans up and down the line.

Mexican cartels have been buying precursor chemicals from China to make fentanyl and ship finished products to the United States. In October, Trump took to his Truth Social account urging the Biden administration to confront China over the U.S. fentanyl crisis.

“There’s only one choice to end this madness,” Trump continued. “If you support the decline and fall of America, then vote for the radical left Democrats. It’s very simple.”

“And if you want to stop destruction, save our country, and save the American dream, then this Tuesday you must vote Republican in a giant red wave.” 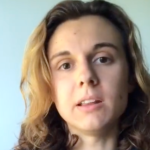 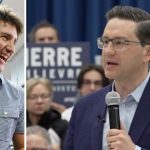