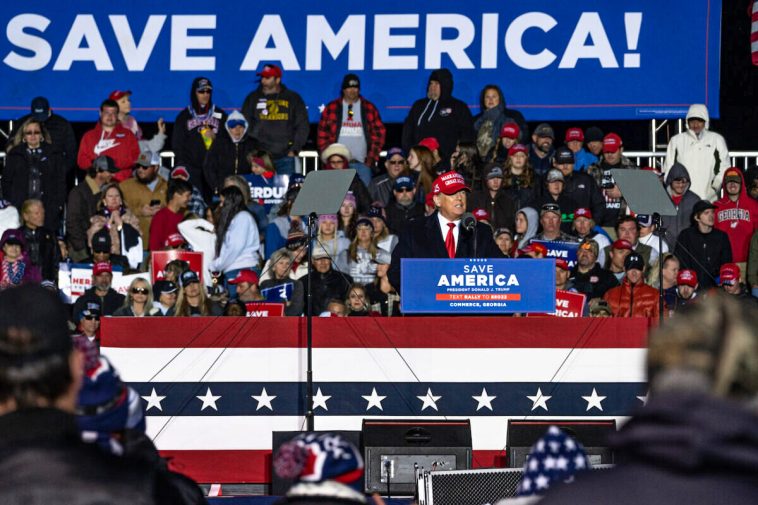 Former President Donald Trump held a rally in Commerce, Georgia on Saturday where he criticized President Joe Biden’s leadership and reiterated his support for several GOP candidates ahead of the state’s primary on May 24.

“You could take the five worst presidents in American history and put them together and they would not have done the damage Joe Biden has done in just 15 months,” Trump said of Biden. “In just over a year he has managed to kill, literally kill, the American dream. But do not lose hope, because with the right leadership, America will be back greater, stronger, and more powerful than ever before.”

Perdue sought reelection in 2020 but lost his U.S. Senate seat to Democrat Jon Ossoff in a runoff election on Jan. 5, 2021. At Saturday’s rally, Perdue told the crowd that their elections were “stolen” and promised to see those responsible “go to jail.”

The former president also called on the crowd to support retired football legend Herschel Walker, who is seeking the GOP nomination for a Georgia U.S. Senate seat. Former Georgia Rep. Vernon Jones, who dropped out of the race for governor and is seeking a Georgia seat in the U.S. House, also received mention from Trump on Saturday.

“Before we can defeat the Democrat socialists and communists … we first have to defeat the RINO [Republican in name only] sellouts and the losers in the primaries this spring,” Trump told the crowd.

“Brian Kemp is a turncoat. He’s a coward and he’s a complete and total disaster,” Trump continued, calling Perdue the only Republican who can defeat Democrat Stacey Abrams, who is running for Georgia governor a second time after having narrowly lost to Kemp in 2018.

“Governor Kemp is focused on making sure Stacey Abrams is never our governor or the next president,” Cody Hall, Kemp’s director of communications, said in response.

A spokesperson for Perdue said his support would only grow as more voters become aware of Trump’s endorsement.

Trump has continued to allege that the final results of the 2020 U.S. presidential elections were affected by fraud and irregularities in multiple states, including in Georgia. Biden won Georgia by less than a quarter of a percentage point, becoming the first Democrat to win the state in 28 years.

Trump signaled as early as January 2021 to campaign against Kemp in 2022, having accused the Republican governor of being uncooperative with Trump’s efforts to review and verify the results of the 2020 election in Georgia.

Georgia’s contested presidential election results were certified in favor of Joe Biden on Dec. 7, 2021 after three recounts that all yielded figures showing Biden won. After the initial count following Election Day, Raffensperger said the tight margin meant the audit required the roughly 5 million votes in the presidential race to be recounted by hand. Trump’s campaign then requested another recount, citing the tight margin yet again, marking the third tally of the votes.

But none of the recounts had signature verification; the Trump campaign repeatedly called for a more complete audit of Georgia votes that includes signature matching. The campaign said that any recount without signature matching would just be recounting all the fraudulent mail-in ballots that had been included in the total.

More than 1.3 million Georgian voters had opted to vote absentee by mail in the 2020 election. The state ultimately also underwent an absentee ballot signature match audit, but only in Cobb County.

Gabriel Sterling, the state’s voting system implementation manager, said in late November 2021 that to verify signatures after the vote had been counted would involve tying that absentee ballot back to a voter’s original envelope, which has the signature, which he said is physically impossible. 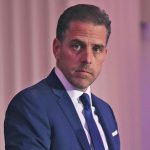 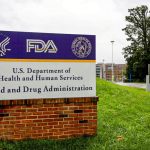