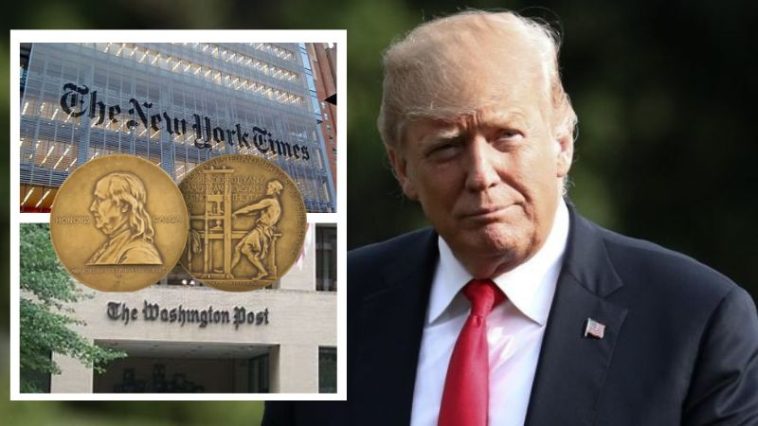 On Tuesday, former President Donald Trump filed a defamation lawsuit in Okeechobee County, Florida against the Pulitzer Prize Board for their rewarding the Washington Post and the New York Times prizes in 2018 over their reporting on the debunked story that the 2016 Trump campaign colluded with Russia to win the presidential election.

According to Fox News, the lawsuit said, “A large swath of Americans had a tremendous misunderstanding of the truth at the time the Times’ and the Post’s propagation of the Russia Collusion Hoax dominated the media. Remarkably, they were rewarded for lying to the American public.”

The Pulitzer Prize committee gave the New York Times and the Washington Post a shared journalism award in 2018 for their reporting on the false claim that the Trump campaign was connected to Russian President Vladimir Putin and the Kremlin. At the time Trump tweeted, “So funny that The New York Times & The Washington Post got a Pulitzer Prize for their coverage (100% NEGATIVE and FAKE!) of Collusion with Russia – And there was No Collusion! So, they were either duped or corrupt? In any event, their prizes should be taken away by the Committee!”

The Pulitzer website states that the award was given for the outlets’ “deeply sourced, relentlessly reported coverage in the public interest that dramatically furthered the nation’s understanding of Russian interference in the 2016 presidential election and its connections to the Trump campaign, the President-elect’s transition team, and his eventual administration.”

The lawsuit said that it was a “demonstrably false connection” that the news outlets proposed as truth. 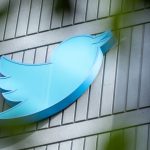 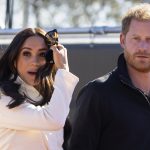