“Let’s be clear: President Biden has the legal authority to cancel student debt,” Warren tweeted, adding, “Republican officials need to get out of the way so Americans can get this much-needed relief.”

The fact check revealed to readers that Warren’s statement was not entirely true. It cited an article from Politifact noting that “experts disagree on whether the president can authorize widespread debt cancellation through an executive order,” and a CBS News report on the 8th Circuit Court of Appeals’ October ruling which temporarily blocked the program.

Twitter has long been criticized for cracking down on “misinformation” from the right while ignoring falsehoods purveyed by the left. Many have seen Elon Musk’s takeover of the platform as the beginning of a new era, where fake news is rooted out regardless of who posts it.

Users were quick to point out that Biden does not have that ability, noting that his student debt relief program had been struck down by US District Judge Mark Pittman, who called it “one of the largest exercises of legislative power without congressional authority in the history of the United States.”

“In this country, we are not ruled by an all-powerful executive with a pen and a phone,” Pittman continued. “Instead, we are ruled by a Constitution that provides for three distinct and independent branches of government … The Court is not blind to the current political division in our country. But it is fundamental to the survival of our Republic that the separation of powers as outlined in our Constitution be preserved. And having interpreted the HEROES Act, the Court holds that it does not provide ‘clear congressional authorization’ for the Program proposed by the Secretary.”

Following Warren’s claims, a 2021 video of House Speaker Nancy Pelosi explaining that Biden does not have that authority made the rounds on Twitter.

“People think that the President of the United States has the power for debt forgiveness,” Pelosi began. “He does not. He can postpone, he can delay, but he does not have that power.” She went on to note that such policies must go through Congress. 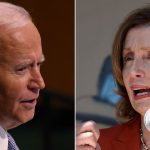 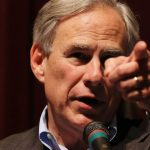