George Orwell’s iconic novel 1984, written in 1949 about the horrors of censorship and the threat of authoritarianism, is being censored by a university. The University of Northampton in Orwell’s own England has issued a trigger warning on the book, with staff claiming that the book contains “explicit material” and that some student may find the work to be “offensive and unsettling.”

The Daily Mail uncovered this via a Freedom of Information request, and 1984 is one of several books that have been slapped with a trigger warning for students at the university who are studying what’s called Identity Under Construction. This course of study comes with a warning to students that it “addresses challenging issues related to violence, gender, sexuality, class, race, abuses, sexual abuse, political ideas and offensive language,” The Mail reports.

Other books deemed to be triggering include Samuel Beckett’s groundbreaking and brilliant play Endgame, V for Vendetta by Alan Moore and David Lloyd and Jeanette Winterson’s Sexing the Cherry. Sally Rooney’s Normal People has also been flagged, and Mark Haddon’s 2003 novel The Curious Incident Of The Dog In The Night-Time has been labeled as including the “death of an animal, ableism and disability and offensive language.”

The irony of censoring perhaps the world’s most iconic book about the horrors of censorship was not missed by Tory MP Andrew Bridgen, who said: “There’s a certain irony that students are now being issued trigger warnings before reading Nineteen Eighty-Four. Our university campuses are fast becoming dystopian Big Brother zones where Newspeak is practised to diminish the range of intellectual thought and cancel speakers who don’t conform to it.

“Too many of us – and nowhere is it more evident than our universities,” he went on, “have freely given up our rights to instead conform to a homogenised society governed by a liberal elite “protecting” us from ideas that they believe are too extreme for our sensibilities.”

While Northampton only became a full university in 2005, and is ranked near the bottom of the UK’s 121 universities, at 101, the censorship and flagging of 1984 and other works could have a chilling effect. 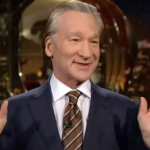 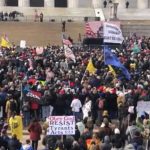