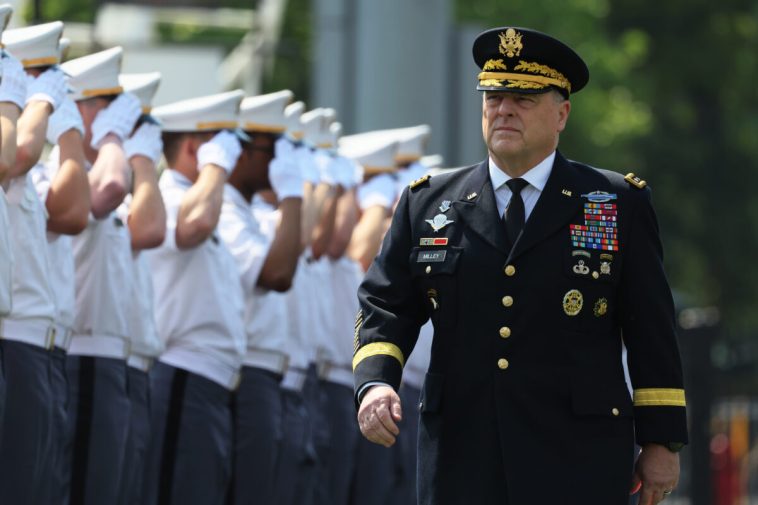 The U.S. military is at growing risk of not being able to meet the demands of defending America’s vital national interests, according to an annual report released by The Heritage Foundation, a Washington-based conservative think tank.

“This is the logical consequence of years of sustained use, underfunding, poorly defined priorities, wildly shifting security policies, exceedingly poor discipline in program execution, and a profound lack of seriousness across the national security establishment even as threats to U.S. interests have surged,” the report says.

Since 2015, The Heritage Foundation has published the Index of U.S. Military Strength, based on a consistent set of criteria, to gauge the military’s ability to perform. The most recent report is for 2023.

“It is about the number of ships and planes we have. It’s also about personnel, and we’re having a very hard time … in recruitment, because of the woke agenda, that one particular political movement in this country prioritizes over American military readiness,” Kevin Robert, president of the foundation, said in a presentation about the report.

“There is no way, as our scholars report, that the United States can engage in a two-front war. And in fact, we’re increasingly dubious that we could even engage in a single front war because of this lack of readiness,” he said. “Considering the existential threat in the world, which is the Chinese Communist Party, obviously, rejuvenated after Xi Jinping’s reelection on Sunday, the United States needs to get busy in fixing this problem.”

The report ranks the Army’s capability as marginal, capacity as weak, and readiness as very strong. The overall score for the Army is marginal, the same as last year.

“The Army is aging faster than it is modernizing. It remains weak in capacity with only 62 percent of the force it should have,” the report says. “However, 25 of its 31 Regular Army [Brigade Combat Teams] are at the highest state of readiness, thus earning a readiness score of ‘very strong’ and conveying the sense that the service knows what it needs to do to prepare for the next major conflict.”

The Navy’s capability is ranked as very weak, capacity as marginal, and readiness as weak. Its overall score is weak, downgraded from last year’s ranking as marginal.

The Navy needs a battle force of 400 manned ships to do what is expected of it today, the report says, but the Navy’s current battle force fleet is 298 ships. On the current trajectory, the Navy will shrink to 280 ships by 2037.

“Current and forecasted levels of funding will prevent the Navy from altering its decline unless Congress undertakes extraordinary efforts to increase assured funding for several years,” the report says.

The Air Force capability and capacity are both ranked as marginal, and readiness is ranked as very weak. Its overall score is very weak, downgraded from weak in the 2022 report and marginal in 2021.

This low score implies the Air Force would have a difficult time responding rapidly to a crisis. There have been problems with pilot retention. Some pilots were grounded due to refusal to get the COVID-19 shot. Pilots are getting less training time and are seeing an “extraordinarily small amount of time in the cockpit,” the report says.

The fleet of aircraft is also aging.

The Air Force is short 650 pilots, the average age of its fighter aircraft fleet is 32 years old, and pilots are flying barely more than once per week across all types of aircraft, the report says.

Marine Corps capability is ranked as weak, and capacity and readiness are ranked as strong. Its overall score is upgraded to strong from last year’s rank of marginal.

The Marine Corps has made sustained efforts to modernize, which improves capability and enhances readiness, the report says. The service remains hampered by old equipment in some areas, but it has nearly completed modernization of its entire aviation component and is making good progress in fielding a new amphibious combat vehicle.

The Marines are also fast-tracking the acquisition of new anti-ship and anti-air weapons.

The Space Force, established in 2019, is ranked as weak in all categories.

“There is little evidence that [the Space Force] has improved its readiness to provide nearly real-time support to operational and tactical levels of force operations or that it is ready in any way to execute defensive and offensive counterspace operations to the degree envisioned by Congress when it authorized the creation of the Space Force,” the report says. “The service’s two counterspace weapons systems (Meadowlands and Bounty Hunter) cover only a fraction of the offensive and defensive capabilities required to win a conflict in space.

“Other counterspace systems are likely being developed or, like cyber, are already in play without public announcement. Nevertheless, the [Space Force’s] current visible capacity is not sufficient to support, fight, or weather a war with a peer competitor.”

U.S. nuclear capabilities are ranked as strong but trending toward marginal or even weak, the report said.

Considering the branches together, the U.S. military posture is rated as weak. The report concludes that the current U.S. military force is at significant risk of not being able to meet the demands of a single major regional conflict while also attending to various presence and engagement activities.

The military forces are ill-equipped to handle two nearly simultaneous conflicts, and the situation is made more difficult by the weak condition of key military allies, the report says.

The report also explores the military threats in the world, ranking the level of threats from China, Russia, Iran, North Korea, and nonstate terrorist groups.

U.S. Rep. Mike Gallagher (R-Wis.), a former Marine, spoke Tuesday in a presentation about the report and discussed how President Joe Biden’s administration has embraced the concept of “integrated deterrence,” which has de-emphasized hard power and attempted to achieve deterrence by better integrating soft power such as sanctions, working closely with allies, and using technology.

These tactics did not stop Russian President Vladimir Putin from invading Ukraine and it won’t stop China from invading Taiwan, Gallagher said.

If the United States continues down a utopian path of disarmament or allows the fear of escalation to dominate its decisions, Gallagher said, U.S. leaders will invite war. 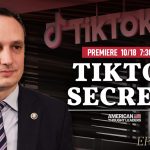 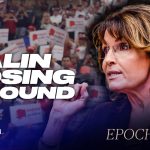