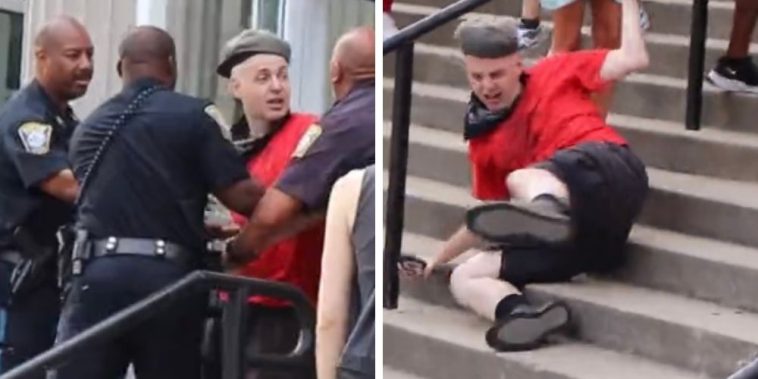 While protesting outside the West Roxbury Courthouse in Boston on Monday, a member of Antifa repeatedly fell down in a dramatic slapstick routine.

Antifa protester Rod Webber can be seen on video wearing a red shirt as he confronted a far-right neo-Nazi Boston-area group (NSC-131) outside the Boston Courthouse on Monday, whose leader was charged for protesting a drag queen story event, The Post Millennial editor-at-large Andy Ngo reports.

During the confrontation, Webber approached the far-right group trying to make their way into the courthouse and blocked one of their members with his body. Unphased by Webber, the individual proceeded to make his way into the courthouse. During the encounter, the far-right group member slightly brushed his body against Webber’s as he attempted to pass by.

Webber then repeatedly fell in a dramatic fashion, and while on the ground Webber grabs the individual’s leg and tries to take him to the ground, according to the video.

The group of Antifa protesting can be heard on video chanting, “Nazi’s out,” as the group makes their way into the courthouse. 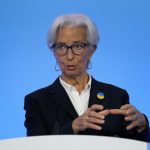 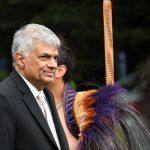