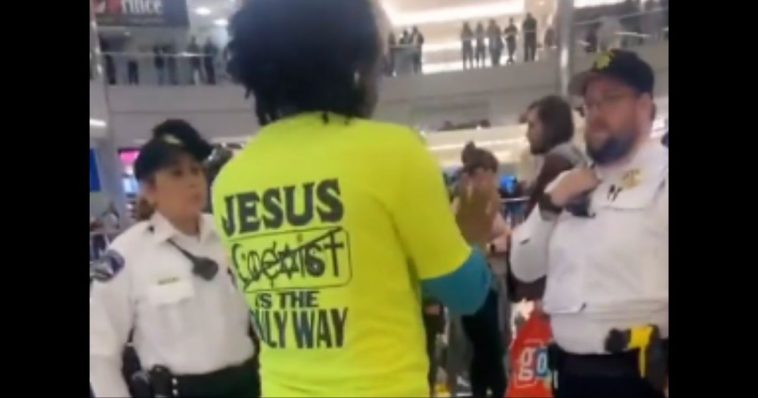 A man wearing a shirt that said “Jesus Saves” was informed by mall security that he either needed to remove his shirt or leave the Mall of America, according to a video shared on Twitter.

In the video, a man was seen in the Bloomington, Minnesota, mall speaking to a pair of security officers, one of which claimed that the shirt he was wearing counts as “soliciting.”

His shirt’s front read “Jesus Saves,” and the back stated “Jesus Is The Only Way” with a “Coexist” sign that has a line slashed through it.

That’s it. People are rightly furious.

The video linked below shows what appears to be the majority of the exchange between the man, identified as Paul Shoro by the YouTube account Kingdom Bizness, and the guards explaining his “wrongdoing.”

“Jesus is associated with religion, and it’s offending people,” the male security guard in the video told Shoro. “People have been offended.” 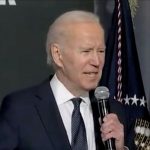 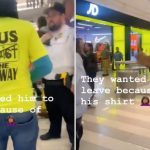