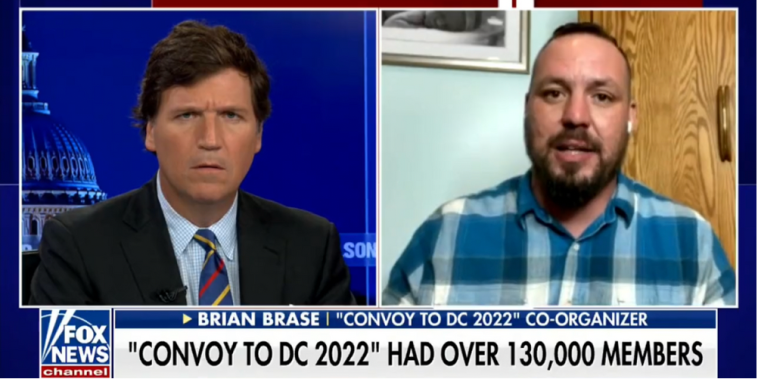 The co-organizer of the American truck convoy to DC joined Fox News’ Tucker Carlson on Thursday and discussed Facebook banning the event’s page.

Brian Brase, the co-organizer of the American truck convoy to DC, told Carlson that Facebook banned the group for violating their “QAnon standards.”

“None of us are associated with any of that. There was none of that posted on the Facebook (page). They won’t prove that’s what it was. They won’t show us what it was and they wiped out two of the administrators Facebook profiles all together. They can’t even make a profile. They are completely banned,” Brase explained.

Brase said that although the vaccine mandates don’t pertain to truckers in the United States, they are organizing the convoy to stand up for those who are under the requirement; like law enforcement, military, healthcare workers, and teachers. 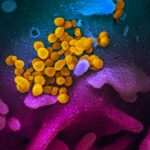 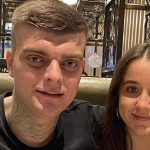