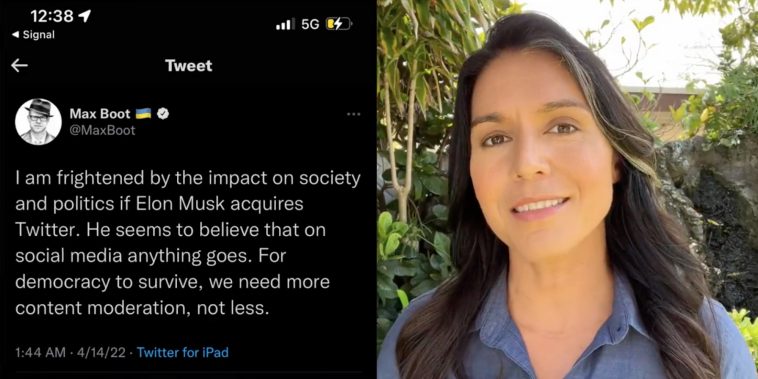 Tulsi Gabbard slammed corporate media for behaving in ways that hinder, not help, the continuation of a functioning democracy.

Gabbard took aim at corporate media in a video posted to Twitter, where she called out those who often act in opposition to the principles of free speech, highlighting the errors in their logic.

On Thursday, Gabbard took to Twitter with a video slamming corporate media, highlighting a tweet from the Washington Post’s Max Boot saying he was “frightened” by Elon Musk’s potential takeover of Twitter. 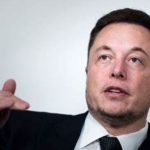 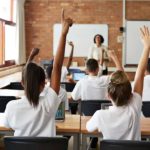