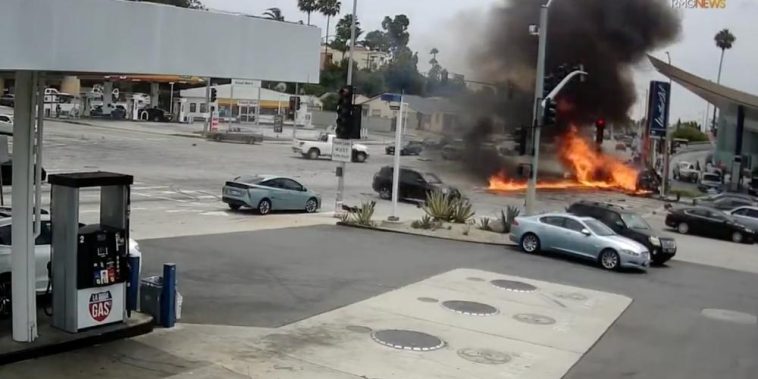 The woman who is being accused of causing the fiery car crash Thursday in the Los Angeles area that killed five has been identified as a Houston, Tex. nurse, according to a KHOU11 report.

Surveillance footage from a nearby gas station shows a Mercedes-Benz speeding towards the busy intersection of Slauson and La Brea Avenues before running a red light, driving right through the traffic, and hitting several cars shortly after 1:30 pm.

The crash, which occurred in the Windsor Hills area about 10 miles southwest of downtown Los Angeles, involved up to six cars, killing at least five people and injuring several others. The fatalities included a pregnant woman, Asherey Ryan, her boyfriend, Reynold Lester, and their  11-month-old son Alonzo Quintero. The family was heading to a prenatal appointment when their lives were cut short. 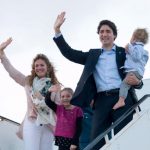 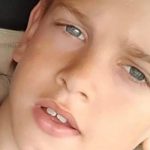