The Independent Council on Women’s Sport (ICONS) has threatened legal action against the NCAA for their inclusion of biological males in women’s sporting events.

“We write as attorneys on behalf of the Independent Council on Women’s Sports (ICONS), a network of current and former collegiate and professional women athletes and their families, to put you on official notice that your practice of allowing male athletes on women’s teams constitutes illegal discrimination against women on the basis of sex,” a January 12 letter to the NCAA’s Office of Legal Affairs read.

“We hereby demand that you take direct and immediate action to establish rules to keep women’s collegiate sports female,” the letter added.

The attorneys explained that it would be “impossible” to provide equal opportunities for both sexes in the world of college sports, as required by Title IX, “without female-only teams.”

“Yet the NCAA implements and perpetuates a policy of allowing male athletes on women’s teams, even as sports governing bodies and federal courts increasingly reject these unjust and inequitable policies that exclude young women from their own teams,” the letter stated.

“Female athletes do not accept this; nor do groups representing their interests such as ICONS and women’s rights groups across the political spectrum; nor do many parents, schools, states, governors, and lawmakers.” 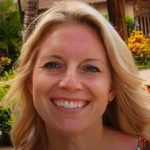 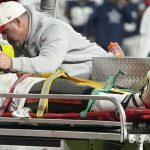