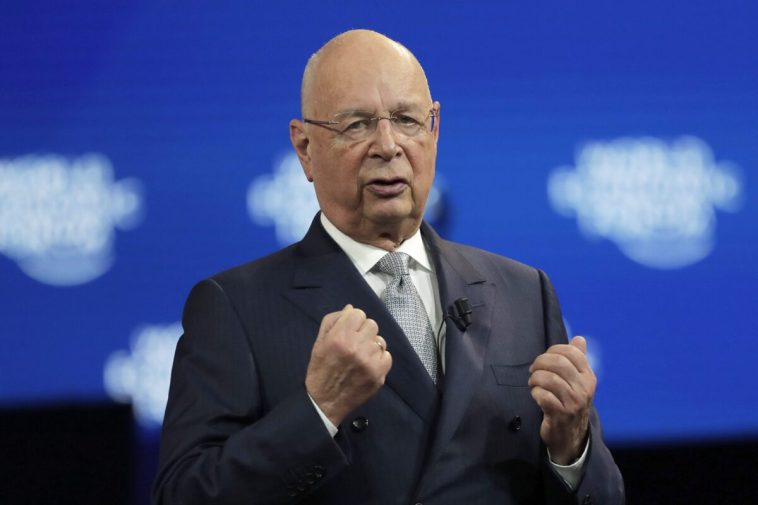 World Economic Forum (WEF) chairman Klaus Schwab announced the kick-off of the 53rd annual meeting of political leaders, corporate executives, and activists in Davos, Switzerland, declaring that the summit will focus on rededicating its members to a progressive climate and social-justice agenda in the midst of what he described as “unprecedented multiple crises.”

“The theme of our meeting in Davos is cooperation in a fragmented world,” Klaus stated. In what the WEF calls the “Year of the Polycrisis,” Klaus declared that “economic, environmental, social, and geopolitical crises are converging and conflating, creating an extremely versatile and uncertain future.”

“We are all stuck in a crisis mindset,” he warned, but reassured attendees that “the annual meeting at Davos shall try to make sure that leaders do not remain trapped in this crisis mindset but develop a longer-term, constructive perspective to shape the future in more sustainable, more inclusive, and more resilient way.”

This WEF summit features a record turnout from many of the most powerful government and corporate officials. There will be 379 public officials attending, including 30 heads of state, 56 finance ministers, 19 central bank governors, 39 heads of global organizations, including the United Nations, the International Monetary Fund, and the World Trade Organization. There will also be 1,500 executives from 700 companies, including 600 CEOs from the world’s largest corporations.

“We have the key players globally,” said Borge Brende, one of several WEF managing directors, “to create collaboration even in this fractured world.” He also noted that the WEF is expecting “a high-level Chinese delegation.”

This year’s agenda includes doubling down on the transition to renewable energy, the codification of environmental, social, and governance (ESG) standards to make compliance more measurable, “social and green jobs for building inclusive and sustainable economies,” and “diversity equity and inclusion [DEI] lighthouses,” and a global risks report.

“How do we build the inclusive, sustainable, and resilient growth?” asked Saadia Zahidi, managing director of the WEF. “A group of leaders from the public and private sector will be coming together to address exactly that question, designing a framework, and starting to align around that new agenda.”

Zahidi said attendees will also be setting policy regarding the “human capital agenda. Without adequate investments in skilling and in education, none of these opportunities can really play out, nor will we have the kind of societal resilience that is needed to be prepared for future inevitable shocks,” she said. “So we’ll have a meeting of the reskilling revolution champions.”

Regarding the “polycrisis,” the WEF assembled an extensive matrix of threats facing the world. The top five short-term risks were the “cost-of-living crisis, natural disasters and extreme weather, geo-economic confrontation, failure to mitigate climate change, and erosion of social cohesion and societal polarization.” The report noted that, looking farther ahead, “the top four most severe risks over the next 10 years are all environmental.”

Regarding DEI, the report stated that despite $7.5 billion being spent on DEI reeducation programs, which will increase to $15.4 billion by 2026, “the pandemic has caused a generational loss in gender equality, increasing the projected time to reach global parity from 100 to 132 years.”

Global Ambitions on the Line

Whereas previous WEF summits faced little outside opposition, this year’s summit may well be taking place in what Klaus called a more “fragmented” world. The fragmentation includes not only the Russia–Ukraine war and rising tensions between the United States and China but also dissent within the countries that have pledged allegiance to the WEF agenda.

What had been a unified, behind-the-scenes consensus in support of the WEF’s ESG agenda has recently been brought to light and challenged, particularly in the United States, where conservative states have pushed back with anti-ESG legislation, boycotts, anti-trust investigations, and lawsuits.

“All these elites come in to the World Economic Forum and basically their vision is they run everything and everybody else is just a serf,” Florida Gov. Ron DeSantis said. The WEF’s energy and social-justice agenda is “really weakening Western society and Western values. But underlying a lot of that is the CCP [Chinese Communist Party].”

Europe also has been experiencing some friction. In Italy, the conservative Brothers of Italy party swept into power last fall under the leadership of Georgia Meloni, whose acceptance speech as prime minister was censored by YouTube, allegedly “in error.” And in Sweden, a conservative coalition led by the Moderates party won a majority in parliament.

Much of the resistance to WEF’s global ambitions stems from the fact that people are now beginning to feel the effects of the ESG agenda. Its concerted effort against fossil fuels has led to shortages and price hikes, which have flowed through to other industries like agriculture, manufacturing, and transportation, and, ultimately, led to record inflation in grocery stores and at the gas pump.

Inflation was further fueled by trillions in progressive government spending on social programs, stimulus payments, and renewable energy subsidies. This flood of dollars and euros chasing fewer available goods compelled central banks, particularly the U.S. Federal Reserve, to hike interest rates throughout 2022, driving up the cost of debt and threatening to send the world economy into recession.

WEF managing director Mirek Dusek conceded that these issues had put the ESG agenda on the defensive.

“We’ve bees deploying a lot of defensive measure in response to some of these cascading crises that have been manifesting themselves in the international system,” Dusek said. “So how do we go on the front foot and really articulate and implement vision-driven, future-oriented business strategies and governmental policies that can help us be more resilient in the future?”

Along these lines, the Davos summit will also seek to reinforce the narrative that these problems are mainly the result of climate change.

“Climate change and ecosystem collapse are the biggest threats to humanity,” WEF managing director Gim Huay Neo stated. Her five areas of focus are “getting to net zero, building a nature-positive economy, regenerating food, water and ocean systems, circular use of resources, and finally addressing waste and pollution.”

This past year brought more evidence that the ESG ranks may be faltering. Asset managers BlackRock and State Street, which signed pledges to compel companies whose shares they owned to move toward net-zero emissions, flatly denied in December 2022 at a Texas state senate hearing that they ever used their power as shareholders to influence management toward ESG goals. At the same time, Vanguard, the third of the “Big Three” asset managers, withdrew from its membership in the Net Zero Asset Managers initiative (NZAM).

Facing inquiries and boycotts from other conservative states regarding discrimination against fossil fuel companies, most Wall Street banks also expressed their support for the oil and gas industry and touted the billions they had invested in the industry. And while the United States under the Biden administration has spent heavily on subsidies for wind, solar, and electric cars, and thrown up numerous regulatory hurdles for the fossil fuel industry, the courts have often checked the efforts of the federal bureaucracy to set industrial policy. Most notably, the U.S. Supreme Court decision in West Virginia v. Environmental Protection Agency stated that only Congress can make laws on such weighty issues.

I guess there’s value to having a mixed government & commercial forum of some kind. WEF does kinda give me the willies though, but I’m sure everything is fine

Concerns about government and corporations collaborating too closely were heightened by recent revelations that the FBI appear to have colluded with Twitter to censor news reports that could have hurt President Joe Biden’s election campaign. This week’s Davos guest list includes FBI Director Christopher Wray and U.S. Intelligence Director Avril Haines, though it is unclear what contribution America’s law enforcement and intelligence agencies will make to what is ostensibly an economic conference. And there are increasing doubts about expanding the state’s role into industrial policy and directing energy production, following Europe’s narrow escape from energy rationing this winter thanks only to unseasonably warm weather. Nor was the reputation of government experts enhance by the devastating mismanagement of the COVID-19 epidemic, including lockdowns, censorship, and an attempt to force companies to fire employees who refused the vaccine.

The 2023 agenda is a departure from the 2021 WEF summit, the theme of which was “the Great Reset”; this term that has since fallen out of favor with its authors.

This year, the WEF highlights the need to “restore trust,” but it remains to be seen whether this means strengthening ties among those on guest list or also includes the trust of the wider public, which appears to have no role or vote in the decisions made at Davos.

In a tweet regarding the summit, industrialist CEO Elon Musk stated: “I guess there’s value to having a mixed government and commercial forum of some kind. The WEF does kind of give me the willies though, but I’m sure everything is fine …” 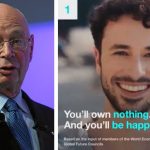 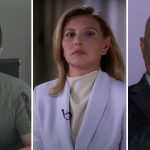