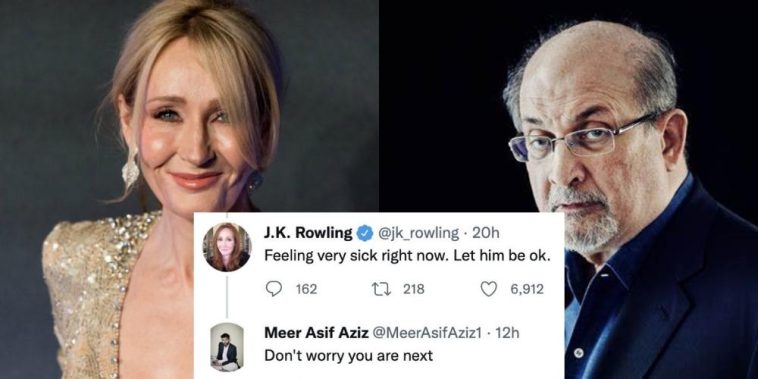 The Harry Potter creator took to the social media platform to express her horror at the news of Rushdie being punched and stabbed on stage before he was set to give a lecture on free speech in New York.  She wrote”Horrifying news. Feeling very sick right now. Let him be ok.”

Meer Asif Aziz, who identifies in his Twitter bio as a “student, social activist, political activist and research activist” from Pakistan, responded “Don’t worry you are next.”

Rowling publicly requested Twitter intervene, asking the support team, “Any chance of some support?” She also reported the threat. 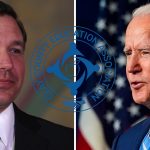 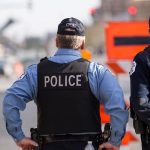